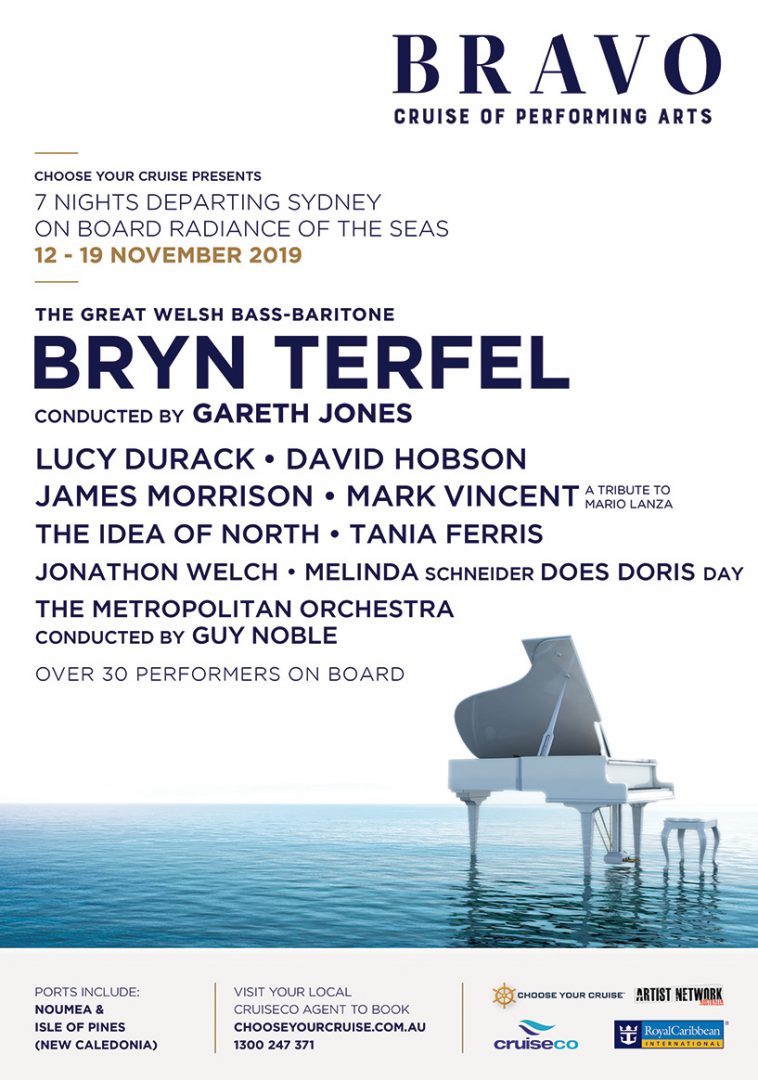 BRAVO Cruise Of Performing Arts 2019 presented by Choose Your Cruise set sail for Noumea and the Isle of Pines for seven nights aboard the luxurious 13-deck Radiance Of The Seas cruise ship from the 12th – 19th of November 2019.

The all-star line-up continued with The Metropolitan Orchestra conducted by Guy Noble, backing a veritable Who’s Who of Australian performing arts.  From renowned ARIA and AFI-winning opera singer David Hobson, eminent jazz musician James Morrison AM, and acclaimed tenor Mark Vincent – every musical genre within the performing arts world was covered, and every musical taste catered to.

Throughout the cruise, our passengers got their land legs back exploring Nouméa, the capital of the South Pacific archipelago and overseas French territory of New Caledonia.  They relaxed on the beautiful sun-drenched beaches, explored the region’s Kanak heritage at the Jean-Marie Tjibaou Cultural Centre, and marvelled at the local marine life at the Aquarium des Lagons.

Radiance Of The Seas also docked at the serene of Isle of Pines, the beautiful New Caledonian island known internationally as ‘the Jewel of the Pacific’.

Since its maiden voyage in 2014, BRAVO has set itself apart for its style, sophistication and the experience of a luxurious musical holiday.  Its clients expect to cruise in class, with access to many of the entertainment world’s most prominent stars from the world of performing arts – and that’s exactly what they got.