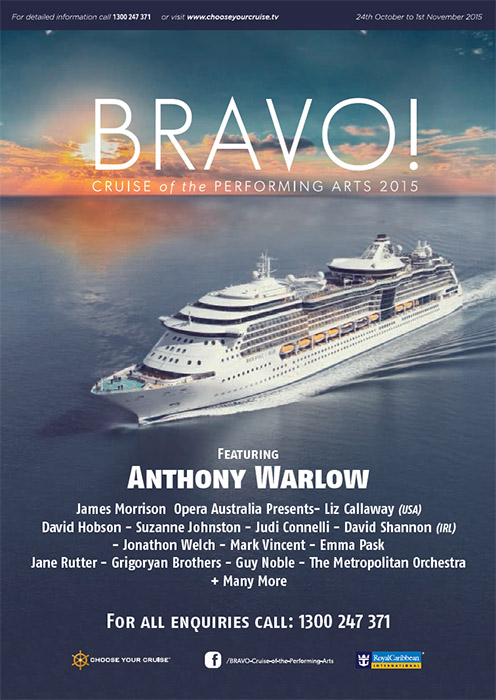 An exciting addition to an already stellar Bravo! lineup which featured an accomplished selection of artists traversing classical, musical theatre, opera and much more, including:

Anthony Warlow is best known for his extraordinary performance in The Phantom of the Opera and his versatility has enthralled audiences since his 1981 debut with the Australian Opera, at the age of 19. Blessed with a thrilling voice and a gift for mimicry, Anthony has been able to inhabit an extraordinary diversity of roles from high opera to musical comedy, including The Secret Garden,  Guys and Dolls, My Fair Lady, Jekyll and Hyde, Man of La Mancha, and A Little Night Music, as well as a significant supporting role in Les Misérables.